It is with great pleasure that God’s Squad CMC announce that Sean Stillman has recently been elected as the new International president of our club.

Sean is only the second person in the 48 year history of our club to be serving in this role, following long term president John Smith, who passed away earlier this year.

From our South Wales chapter, Sean has served for many years in different roles including as the founding president of our United Kingdom chapter (the first international chapter of God’s Squad outside of Australia), as International vice president, and as our first European president. He is well respected and regarded both within God’s Squad CMC and by the biker community around the world. 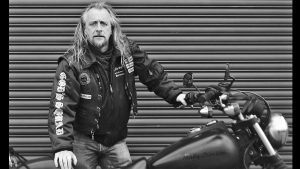