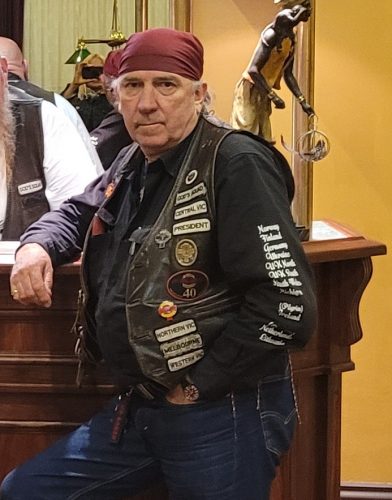 On the 3rd of January this year, in the midst of a hot Aussie summer, Andy ‘Mav’ Blankley phoned me to request I preach at his funeral. He was organising his funeral while relatively well, as the prognosis he had received concerning his recent cancer diagnosis was very poor. He gave me two passages: Isaiah 9:6-7 and Isaiah 53: 1-7. These choices were not a surprise as Mav loved the Hebrew scriptures and had studied Hebrew at Theological College as well as much of the Old Testament. After hearing of his death on the Saturday evening and the profound sense of sadness that came with it, I finalised the funeral homily on Sunday afternoon after preaching at my own church in the morning. My son asked me that evening at a Mother’s Day function, how did I write it? I answered, by the leading of the Holy Spirit as I interacted with the two well-known messianic passages from the prophet Isaiah, their theological meaning and the Mav I had known for over thirty years.

On Saturday the 12th of March a small group of God’s Squad long standing members, friends and spouses gathered at Nado’s home about 40 kms NW of Melbourne to celebrate a special occasion. That afternoon we presented Mav with his 40th year membership tag. It was a time of celebration, speeches, gifts and prayer. The occasion however had a dark cloud hanging over it, despite it being a warm autumnal day. He and we knew his days were likely to be numbered unless a miracle healing came.

Mav succumbed to that cancer on Saturday evening, the 7th May. Facebook immediately lit up with tributes and posts from all over Australia and Europe. Like many I didn’t sleep well that night as I read them and made some personal comments as appropriate. Mav was clearly a loved and well respected member and had travelled regularly to the northern hemisphere over the last twenty years. The last time I saw him alive was at the Melbourne chapter clubrooms in Collingwood on Friday night, the 25th of March when we were transferring a member of our chapter to join his Central Victorian Chapter. He was unwell but in typical Mav fashion, saw the evening through as best he could.

Mav was a man of passion and conviction, deeply shaped in the Jesus story. He lived a life of costly discipleship. He was honest about his flaws, but knew a God who was slow to anger and quick to forgive. Under that often grumpy personality was a heart of gold that saw him work as a nurse among the sick and as a youth detention centre Chaplain for Concern Australia over 16 years, investing his time and energy into young men who had gone astray. He built strong relationships in the 1% culture and loved his motorcycles, particularly British ones. As a constitutional monarchist, he often took a bit from his mates who were ‘left’ leaning republicans. Mav always stood his ground even if he was a lone voice. We often joked that he should have been born in the U.K. Perhaps that’s why he visited there so often over the years.

One of the great honours I had was to attend his father’s funeral in Castlemaine on the 15th February this year. Several God’s Squad members and I were part of a guard of honour behind his father’s hearse and coffin as we travelled out to Maldon Cemetery for his burial. I know Mav was immensely blessed by the presence of his brothers honouring his beloved Dad. Mav will be buried in the same place some time next week. I know there will be a huge God’s Squad presence on his final ride. The apostle Paul reminds us that our labour in the Lord is not in vain however long we get on this earth. It’s what we do with our time that matters. Mav, you have fought the good fight, you have finished the race, you have kept the faith, receive the crown of righteousness from your Lord and Master. Amen.

Dave Fuller on behalf of the International Executive