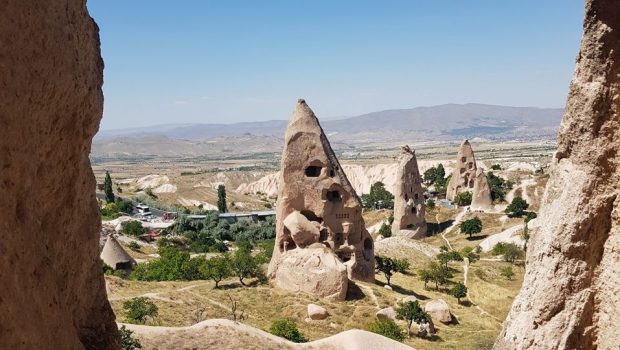 Greetings from Leicester on this Ash Wednesday as we look at Matthew 6:1-6, 16-21

I remember under duress, attended an event where a large, loosely religious organisation, was presenting cheques to groups and charities. This in itself may not sound too unreasonable. However, besides not wholly agreeing with the principles of this organisation, the way these cheques were given out didn’t sit comfortably with me. The representatives receiving the cheques sat in an enormous gilded hall before the benefactors, who were on a raised stage. The recipients had to go up on the stage, where the amount of money, and a representative of the organisation’s region who had donated the money were congratulated. There was then a photograph of a handshake as the poster-sized cheque was handed over.

While one member of the group I was with went up when called, I could not bring myself to take part. As I sat watching this, I was reminded of Jesus’ words in our passage today. Here Jesus warns: ‘Be careful not to practice your righteousness in front of others to be seen by them’, and ‘when you give to the needy…your giving may be in secret’. This is really challenging stuff, and it compels us to reflect on our inner motives, and on our Christian perspective.

I wouldn’t like to judge the motives of the organisation I mentioned, but Jesus had his own group to offer as a contrast. These were what Jesus termed the hypocrites, who could be found within the Synagogues, and we may take a wild guess, that he was referring to the Pharisees. The word hypocrite has its roots in Greek culture, and originally referred to the ancient Greek actors. There was the sense of wearing a mask, of becoming something different to the person they were, to acting in a way that convinced the audience that their actions were real, when in fact they were empty. For these Greek actors, there was no subterfuge, they were not conning anyone that this was who they really were. The applause they received was rightly given, and just reward for their talents.

However, in each of the examples Jesus gives, there is also a reward. Those who play to the crowd, like the actors in a play, receive their reward immediately. It is the approval of the audience, the recognition of the crowd, but that is where it ends. It is doubtful whether they were actually playing trumpets when they gave to the needy, but they were certainly blowing their own trumpets in a metaphorical sense.

The reward which will last into eternity however, is the reward of God the Father who sees what is done in secret, with little fuss, and purely for the sake of the needy. Again, the way these hypocrites were praying, received its own reward. I would imagine their words were crafted to impress the passers-by, as they stood in prominent places. The eternal reward that the Father gives, is for those who are interested in a real relationship within their prayers, and are speaking to the Father alone. This is different for everyone, but riding a motorcycle is a great way to be single minded in prayer. Jesus suggests being alone behind a closed door. Praying with others is not the issue here, it is the motivation, and the reality of the heart.

In the Church of England, we are celebrating Ash Wednesday, which marks the beginning of Lent. Here, Christians may be signed with the cross on the forehead from the ash of last year’s palm crosses. This marks the start of Lent, leading to Easter, where some will fast from various things in remembrance of Jesus’ fasting in the desert. Ash Wednesday is a time primarily for repentance, to say sorry, to come back to God with a renewed desire to be real even.

We all come from different traditions, but this may be a good opportunity to take a sober look at our motives, at our priorities, and to remove the masks which we may have put on. This may be a time for all of us to ask God for forgiveness for those times when we may have sought to lift ourselves in others eyes rather than in God’s sight. When we have received rewards of recognition, rather than knowing that God will reward us for the way we are real towards him.

(Photo was taken from the window of a bare isolated room, hewn in rock in Cappadocia, close to where the great Basil of Caesarea would have ministered)