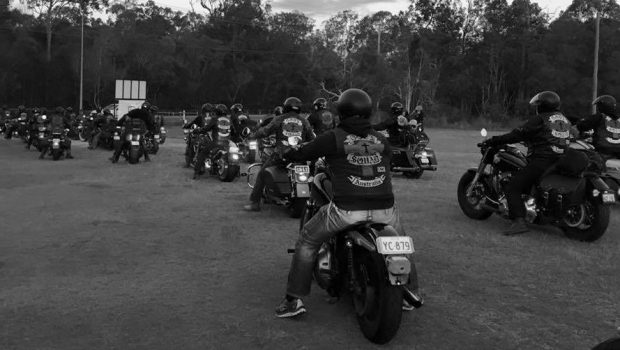 Good morning sisters and brother, apologies for the late reflection.

I recall a biker once saying to me the following pithy little saying about his philosophy on life, “Life is like a shit sandwich. The more bread you’ve got, the less shit you eat.”

Bread, as we know, is another word for money. This guy worked hard, made a lot of money and believed that would shield him and his family from a lot of the shit that life tends to dish out.

Well having some money sure beats having little or none or just scraping by on a pension for instance. However, events of late due to the Coniv-19 virus’ impact upon most of our nations have seen that relying on the ‘bread of money’ can be rather precarious as thousands upon thousands have seen their livelihoods, jobs and businesses turned upside down almost overnight.

John’s biographical account of the life of Jesus has many unique features not found in the three synoptic gospels. One of them is the seven ‘I am statements’ that Jesus uses to explain who he is. Another is its unique structure. There is a pattern of miraculous signs, seven in all, followed by Jesus giving an interpretive teaching discourse upon the significance of each sign which occur in the public part of his ministry. (Chapters 2-11)

Our section today needs to be understood against the Jewish expectation that when the Messiah came, he would renew the miracle of the manna in the desert, as he did back in the days of Moses leading the people to the Promised Land, to provide for their physical needs.

Jesus’ audience now comfortably filled with the loaves of bread and fish challenge Jesus to give them a permanent supply of bread. (34) He turns their attention to the ‘true bread’ (32) the ‘bread of God’ (33) and the ‘bread of life’ (35). Their thoughts however are physical in their focus, just as our biker friend was with the ‘bread of money.’

Jesus seeks to teach his audience that the physical manna or ‘bread’ that the people were able to retrieve from the ground is now, nothing less than him. This solemn, ‘I am’ statement is emphatic in nature and has overtones of divinity.

This is the first of the seven ‘I am’ statements that Jesus will apply to himself in John’s gospel. Jesus is the one who nourishes, feeds and sustains the spiritual life in the way manna fed the physical needs of his people in the days of the exodus led by Moses.

Jesus then tells his audience that he has come down from heaven not to do his own will, but the will of the one who had sent him.

Earlier in John’s gospel, Jesus had said something similar to his disciples after they came upon Jesus conversing with an outcast Samaritan woman by Jacobs well. They had gone to get food in a nearby village. Upon their return, Jesus says, ‘I have food to eat that you know nothing about.’ Somewhat confused, the disciples think Jesus has already eaten. Jesus continues, ‘My food is to do the will of him who sent me and to complete his work.’ The notion of Jesus coming down from heaven is repeated seven times in this chapter alone! (V.33, 38, 41, 42, 50, 51, 58)

The will of God given for Jesus to do is not left in general terms. In this instance, it concerns losing none of the people God had given him to bring to them the gift of salvation. These people he would raise up on the ‘last day.’ An expression found only in John in the entire New Testament. God’s will is on view again for the third verse in a row. (38, 39, 40)

Jesus has spoken of people coming to him and believing in him. He has spoken of holding onto them and raising them up on the last day. And now he speaks of the promise of the gift of eternal life to those who believe. (40)

Another biker once told me, ‘We’re here for a good time, not a long time.’ Against the backdrop of the current virus, these words sound hollow and vacuous as thousands lose their lives in a viral pandemic. They are not having a good time, nor are their loved ones or carers.

In a precarious world where our wealth or happiness can be taken away so quickly and often without warning, the Jesus of the Gospels promises to satisfy and nourish us in this life with his presence and reality as well as the promise of eternal life on the other side of our inevitable death.