It is with great pleasure that we announce Sean Stillman has recentl..." /> Introducing our new International president - God's Squad
God's Squad 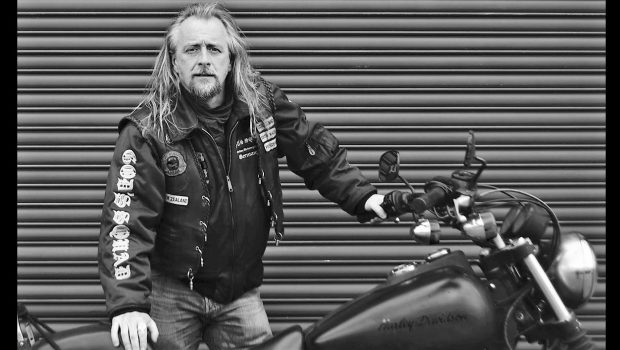 It is with great pleasure that we announce Sean Stillman has recently been elected as the new International president of God’s Squad CMC.

Sean is only the second person in the 48 year history of our club to be serving in this role, following long term president John Smith, who passed away earlier this year.

From our South Wales chapter, Sean has served for many years in different roles including as the founding president of our United Kingdom chapter (the first international chapter of God’s Squad outside of Australia), as International vice president, and as our first European president. He is well respected and regarded both within God’s Squad CMC and by the biker community around the world.

Sean has released this statement:

In 1989 I read, for the second time, John Smith’s ‘On The Side of The Angels’ – the autobiography of the man who came to shape much of what God’s Squad is. As a young, enthusiastic biker, and committed to my faith in Christ, Smithy’s story was a natural attraction – but it provoked far more than I expected.

It was asking some of the same questions I had of church, of what it meant to genuinely call yourself ‘Christian’ and challenged whether Jesus really did mean all the stuff he talked about – like loving your enemies, not judging others, and choosing friends that weren’t among the popular crowd.

It became a gateway to re-examining how I understood what it meant to be a follower of Jesus. It also left me with a gut feeling, this Australian based Motorcycle Club, ‘God’s Squad’, was going to become a big part of my life. Some years later, we founded the UK Chapter, under the direction of Melbourne Chapter. It’s been a long road and one that has seen significant growth.

Along the way, there’s been some of the best experiences and there’s been the worst kind of pain. I sometimes describe my colours as having been marinated in life on the road with my blood, sweat, tears, and road dirt ingrained in them. These same elements we also find in the much older stories of Jesus on the road with his mates.

The road was where they worked out what he said and did, and ultimately who he was. It was a costly, bloody and dirty road, but it was also a journey marked by hope. God’s Squad’s agenda has never been complicated and we have never hidden it. It continues to be about the Jesus of Nazareth of the gospels, the frailty of what it means to be human and the ridiculous generosity of God’s grace – that life can be radically different.

As I take on the responsibility of serving as International President, I do so with a deep sense of gratitude for being entrusted with this role, but also a responsibility to not just maintain nearly five decades of our history, but maintain the ancient stories of what it means for a community of misfits to be followers of Jesus in the here and now, in a world that continues to cause us to question, doubt and fear at times.

To our mates in motorcycle clubs, we continue to be here for you, and we deeply appreciate the shared history and hospitality we have enjoyed with many of you over the years. We continue to be on the road, because we continue to believe the hope of Christ is not just good news for the religious, and those who have got it all together, but available to all and remains as real, and as persistent as the wind in your face out on the open road.

Please join us in prayer and thanksgiving at this new announcement at a pivotal time in our history as we continue to share our journey with Jesus and other friends on the road. 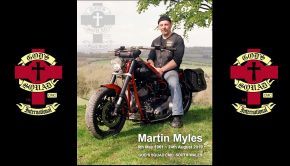