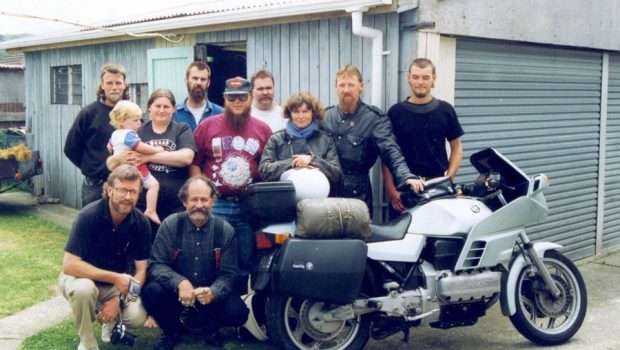 Ata marie e hoa ma, rangimarie ki a koutou katoa. May peace be with you this morning friends. Today is the Feast day of Saint Thomas so our gospel text is John 20:24-29.

In this text is the classic record of the well known doubting Thomas. Thomas who wouldn’t believe that Jesus was alive unless he could actually see and touch this risen Jesus. On seeing Jesus a week later he worships Jesus as his ‘master and God’. Not much else is known about Thomas, but tradition has it that he went off towards India while the New Testament record follows Paul and others as they travel towards Rome – completely the opposite direction!

So Thomas disappeared from public view for a long time. He is credited though with bringing Christianity to India in the first century by the ‘Syrian Christians of India’ who became part of the ‘Church of the East’ in the eighth century. This is not Syrians living in India, but Indian Christians recognising their branch of the church as originating from Syrian beginnings. There is a St Thomas mountain in India and Thomas is meant to have been buried there. He must have made a bit of an impression. Then in the 1500’s Portuguese explorers who landed in South India were met by a Christian community who said their origins came from the efforts of St Thomas, and are still known today as St Thomas Christians.

Protestants don’t normally hold saints in high regard, but our Catholic, Coptic and Orthodox family do. The communion of Saints are seen as that ‘great cloud of witnesses’ in Hebrews spurring us on and praying for us to live well and be like Jesus. Maori have ‘tipuna’, those who have died and left us a tradition to follow, a manifesto and lore to live by. Our picture today is an old one with some significant Squad members in it who have now joined that ‘cloud of witnesses’ and become models of faith for us today.

Today as we remember Thomas, the patron saint of ‘doubters and pioneers who go the other way’ may we be encouraged to embrace and express our doubts. To not be afraid of them – once we acknowledge and name things for what they are they normally loose their power over us. May we also be encouraged to head the other way, to seek the margin and not the centre of power. This act alone of going the other way is likely to bring up lots of doubts and questions! – why is no one coming this way, why are they writing books about those one’s going the other way? Despite these doubts we must go ‘the other way’ like Thomas as he followed Jesus.

At this moment in history the church in the west is becoming an irrelevant institution to many, most do not go to church or want us to marry and bury them anymore. Yet many of our programmes seem to be intent on taking steroids to appear attractive and lure the public back. I am convinced we would be better throwing those steroids away and embracing the doubts, the questions and the margin of society that we now are actually left at by most. We have many things to offer and many skilled people but we are no longer the go to institution for most.

As Squad members who are patched bikers in the marginal area of other patch wearing communities we are provided with significant opportunity to be in solidarity with people at the ‘margin’ or edge of society. Heading for the hills away from power as Thomas did, after he expressed his doubts, is the place of hope for christian communities to find some relevance and community engagement today. We can no longer hold onto our programmes and formulas and expect people to just show up. Steroids are no substitute for solidarity. Walking a mile in someone else’s shoes will open our eyes and hearts to the reality of others and the opportunity to recognise that reality in our own community or life.

Who are your friends?, where is your life located socially?, financially?, who’s house do you go to and who rings you up? The answers to these questions will let us know whether we are like St Thomas or not. On this day may we have the courage to embrace our doubts and be willing to head in another direction like Thomas did. Jesus and his message of good news for the poor is too important for us not to do this.

All the best as you venture out or journey on. Cheers to you Saint Thomas, patron saint of doubters and pioneers.