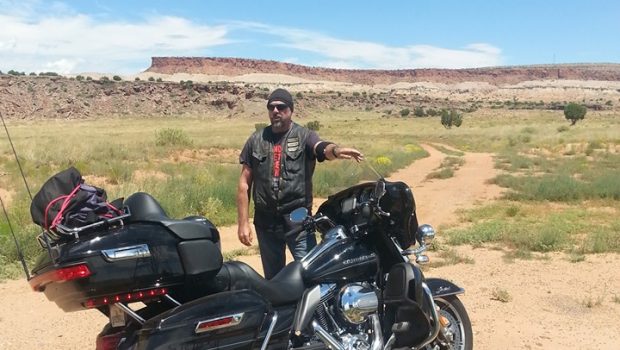 Greetings once more from Leicester, particularly to those on the road, who have been sent to proclaim freedom and healing. Today’s reading come from Luke 9:1-6, Jesus sending out the twelve.

Over twenty years ago, I was distinctly and unmistakably called and led by God, to work with hardcore drinkers and later addicts, in what could be a chaotic and dangerous environment. I remember walking into the hostel, and being met by a six-foot-six or so giant of a man, who had the potential for strong physical violence when he had been drinking, who aimed to intimidate, and who made me wonder what I had let myself in for. I very soon realised that I would need to move out of my comfort zone, and be prepared to make myself highly vulnerable, and rely totally on God.

Ten years later after many confrontations, and opportunities to minister among those who I cared deeply for, my time had come to an end, and I realised why God had sent me and realised how he had graciously equipped me.
Here, we have the twelve disciples also being sent out. These were the ones who Jesus personally selected at the beginning of his ministry. In these disciples he must have seen potential, though on the surface, like me they were nothing special. However, in all their failings and imperfections, they proved to be a group of men who would be teachable, faithful, and prepared to follow and obey Jesus.

Now Jesus was asking them to lay down all their securities, to step out in faith, into the unknown, to share the ministry of their mentor and Lord. No staff, no bag, no food, and no money. In fact, they were completely vulnerable. However, they did take one crucial thing with them. They carried the authority of Christ, and the power to drive out demons, the power to set people free. In effect he authorised them to do what he had been doing, and in fact this was in line with Jesus’ mission that he declared, when he read in Isaiah: ‘The Spirit of the Lord is on me, because he has anointed me to proclaim good news to the poor. He has sent me to proclaim freedom for the prisoners and recovery of sight for the blind, to set the oppressed free, to proclaim the year of the Lord’s favour’.

In giving them power and authority to drive out demons, and to heal, they were in effect following Jesus’ mission, to proclaim and bring freedom for the prisoners, and to bring sight to those who had been kept in darkness. They were being sent to proclaim the good news, not only in words, but with works of compassion, as people were released from bondage and healed of their afflictions. This was particularly good news for those on the fringe of that society, for the poor, for the outcasts, for those who had been living in darkness.