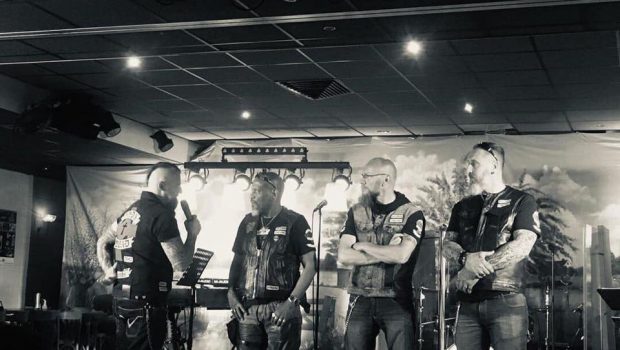 Greetings from the Island of Ireland. Today, if I may, I would value you company in glancing at the Gospel story of Matthew. Chapter 10, verses 1-6. But I want to start in the previous chapter, chapter 9, verses 35-38. Looking at what Jesus said and done. How he calls and sends out. I will be quoting from the Message Translation.

‘ Then Jesus made a circuit of all the towns and villages. He taught in their meeting places, reporting Kingdom news, and healed their diseased bodies, healed their bruised and hurt lives. When he looked over the crowds, his heart broke. So confused and aimless they were, like sheep with no shepherd. “What a huge harvest!” he said to his disciples. “How few workers! On your knees and pray for harvest hands!”.

Chapter 10. The prayer was no sooner prayed than it was answered. Jesus called 12 of his followers and sent them into the ripe fields. He gave them power to kick out the evil spirits and to tenderly care for the bruised and hurt lives.

Here, we read of Jesus and his Band of Brothers. His constant companions on the road, if I can be bold and say , in Motorcycle Club speak, his Chapter. These are not a distinguished group. They comprise of Fishermen, Terrorist, traitors and one will openly betray Jesus. Regular joes! But! These , we read are who Jesus called, and sent out. I find hope in attempting to understand the character of these men that Jesus chose. These disciples, or followers of Jesus, unrefined, mostly uneducated,relying on street smarts and wise in the ways of the world.

To understand more the calling and sending out of the 12 men, I read other Gospel accounts, The Gospel story of Mark, speaking about Jesus calling his disciples to follow him into a life of Mission and serving others , says this ” Then Jesus said to them follow me and I will make you become fishers of men. ( Mark. 1:17 NKJ). I was struck by that word ‘Become’ in the Webster Dictionary, the word, Become is explained as, to Begin with, develop into, qualify as. So , I’m seeing that when Jesus called and sent out his 12 brothers, it was not because they were qualified, or ready, it was because He was! as the son of God, and he seen us!

Jesus sent out his 12 on a mission, to tenderly care for bruised and hurt lives and to proclaim a message that Jesus Christ is interested in all people and wants to bring them back into right relationship with their creator thus transforming their lives. But how could a group made up of fishermen, terrorists, and betrayers carry out such a mission.?

Well when we read the Gospel accounts. We see that they lived daily with Jesus, in community, they were influenced by his way of life, He was their teacher, they loved him and made him their Lord, he knew them and seen them, not as the were , but what they could become , because of Him.

The photo that I added today, depicts brothers passing into Membership with God’s Squad Christian Motorcycle Club, they are being sent out, as are we all in this band of Brothers, with His authority, to travel light and only call attention him. To whom , is God , through Jesus Christ , sending us to ?
We read, to those who are confused with life , or lack of it, their very existence, those who wander aimlessly from day to day, looking for purpose, meaning. Those of us who rely on the wrong things to get by, those who behave like sheep, but have no shepherd. The Lost, who don’t that they are lost. I was such a person.

Where are you in this story? Whom do you identify with most.? Whoever it is, we can take this fact to the bank today. Jesus sees us! He sees us , and His Heart brakes. But He does not leave us as we are, He calls and He sends. He will rescue us. I pray that we understand our part in His story and take our part!.