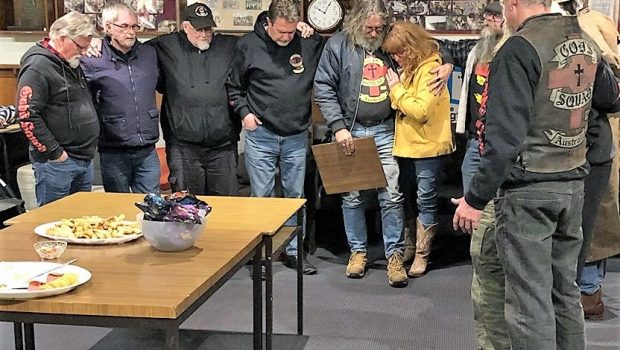 Womin-Jeka, (which is the local Wurundjeri indigenous phrase for welcome in my part of Australia) sisters and brothers and warm greetings from a cold and wet Melbourne winter. I trust all is well in your world. Today’s gospel text comes from Matthew 18:15-20 where Jesus teaches his disciples about how to deal with sin in their community. It is also the feast day for Maximillian Kolbe.

Maximilian Kolbe was born in Poland in 1894 and ordained a priest in 1918. He worked hard publishing many books and founded monasteries in both Japan and India. In 1936, Kolbe’s poor health forced him to return home to Poland, and once the WWII invasion by Germany began, he became one of the only brothers to remain in the monastery. He opened up a temporary hospital to aid those in need. When his town was captured, Kolbe was sent to prison but released three months later.

Kolbe refused to sign a document that would recognize him as a German citizen with his German ancestry and continued to work in his monastery, providing shelter for refugees – including hiding 2,000 Jews from German persecution. After receiving permission to continue his religious publishing, Kolbe’s monastery acted as a publishing house again and issued many anti-Nazi German publications.

On February 17, 1941, the monastery was shut down; Kolbe was arrested by the German Gestapo and taken to the Pawiak prison. Three months later, he was transferred to Auschwitz.

When a prisoner escaped from the camp, the Nazis selected 10 others to be killed by starvation in reprisal for the escape. One of the 10 selected to die began to cry: “My wife! My children! I will never see them again!” At this Kolbe stepped forward and asked to die in his place. His request was granted and Kobe died as prisoner 16770 in Auschwitz, on August 14, 1941.

In pictures, Kolbe is often depicted in a prison uniform and with a needle being injected into an arm. He is the patron saint of drug addicts, prisoners and families and today is his feast day.

Kobe lived a life of commitment to Jesus and served those around him, even when it cost him his own life.He knew the value of community. It is this high value of community that Jesus speaks to in today’s gospel reading where he instructs his disciples about how they should treat each other in order to look after themselves and the body.

Jesus here provides his disciples, and us, with some very clear guidelines about how we should behave towards each other. Jesus knew that conflict is inevitable, it is normal that there will be differences, yet in a community marked by grace, inclusion, love and forgiveness how this is handled is important.

For Jesus, unresolved conflict should not get dealt with by bottling things up or by whispered rumours which eat away at the core of the body. Instead the instructions are clear; to go direct to the person to address the issue, if that fails then take a witness. If that fails we involve the larger community, finally the expulsion of the person is a last resort.

Love requires that we address the inevitable conflicts that come up among us. It is not enough to sweep them under the rug and allow them to fester. Unaddressed conflicts can destroy a community, making it unable to function as God intends. Nether are we to speak about people behind their backs, about a situation without first going direct to them. Unfortunately we see too much of this today.

For Jesus the core of his community is one marked by grace, love, forgiveness and inclusiveness, not by judgmental attitudes and exclusion. Kobe got this, his love for the body led him to making the ultimate sacrifice. Jesus calls us to care for and look out for each other. For Jesus, exclusion is the last resort after everything else has been tried, not the first step (remember the shepherd who leaves the 99 sheep to find the one that was lost).

How do we live out these instructions from Jesus today? How do we contribute to the body of Christ? Do we care enough for our sisters and brothers by talking directly to them in love? Are we motivated from a sense of love and grace, or out of a sense of fear and revenge? This feast day for Maximillian Kolbe may we all be encouraged to take the narrow road as followers of Jesus that lead to life, not death. A-men