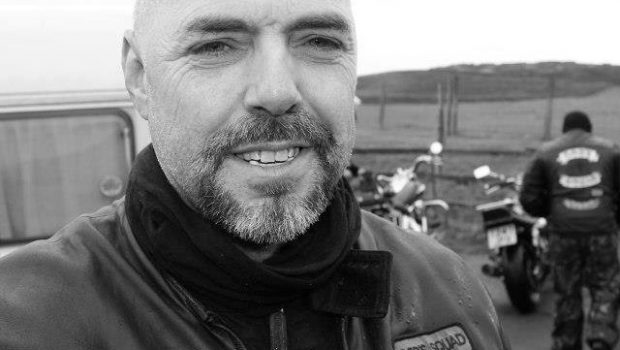 Greetings once more from Leicester

I don’t know if you have ever thought about the reason certain names are given to things, and what they say about them. For instance, the name Titanic, came from the mythical Greek Titans who had great size and strength, which described the supposedly unsinkable ship. The famous motorcycle name Ariel, described the lightweight of the original bikes, taken from the spirit in Shakespeare’s Tempest.

While we don’t always think too deeply about the meaning of names today, in biblical times, names meant a great deal. As I write this, I am about to celebrate my son’s birthday, Benjamin, which means ‘son of my right hand’, and who is certainly a blessing to me.

In our passage today, we read about the birth and naming of John, which meant, God is gracious, or merciful. He was not expected to be named John by the relatives, but both his mother and father made it clear that this was the only option. Earlier on in the chapter, we find the reason why, and this is due to the fact that his mother couldn’t have children, but after much prayer God responded. We find this so much when things seem hopeless, that often through faithful prayer, God intervenes.

In some respects, John was the last in the line of Old Testament prophets himself, the last to declare the emergence of the long-awaited Messiah or the anointed one (Hebrew masiah Greek, Christ christos). John was the one who prepared the way for Jesus Christ, who pointed people to him, and who finally baptised Jesus.

I would imagine John being rough and ready, dressed in his camel hair shirt, eating wild honey and locusts. Like Elijah, he wouldn’t be a man to pull his punches, but would tell it as it was. He hadn’t been on the evangelist training course, as he said to those coming to be baptised, ‘you brood of vipers! Who warned you to flee from the coming wrath? Produce fruit in keeping with repentance’. But still they came!

I think John wanted them to know what this baptism was about, that it wasn’t just an excuse for a party, but it was done in response to a change of heart, to a willingness to live and follow God wholeheartedly.

The pinnacle came when Jesus arrived and asked to be baptised, but this time to identify with us. John had been preparing the way for Jesus, and as he baptised him, the voice of God the Father declared, this is my Son, and God the Holy Spirit came down as a dove on Jesus. Truly the anointed one, the long-awaited Messiah, the long-awaited Christ. This was Jesus, this was God, and John had faithfully prepared his way.

In some respects, we in God’s Squad are also called to prepare the way for Jesus in the places we visit. We often ride through those arid places, we probably wear the equivalent of the camel hair shirts that suit the road rather than the temples, and hopefully we are straight-talking enough to share Jesus with integrity with those who ask. We began by asking, what is in a name, and for us, who carry the name God’s Squad, and the symbol of the cross, let’s strive to live up to that name, and the symbol which identifies us with Jesus Christ.