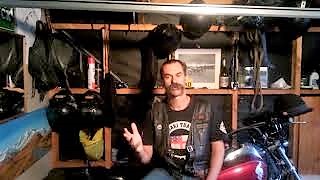 Welcome to this reflection on today’s gospel reading from Mark 12:18-27.

We have a fascinating text that occurs during the time after Jesus entered Jerusalem on that donkey when he spent a few days teaching in the temple. Before he got to Jerusalem the powers of the day were well
aware of him, his misfit band of followers and his teaching about the Kingdom of God. Immediately before today’s text, Jesus has been speaking about the bankrupt nature of the then religious and political elite – so a bunch of Sadducees, who were a party of their own described as having relevance to the privileged only with no following among the people – maybe a bit like the ACT or National parties in Aotearoa NZ. These Sadducees did not believe in the resurrection or afterlife so they pose a hypothetical situation from Moses’ law to trap Jesus. He is ready for them…….

Seven brothers, one after the other as each previous brother dies marry the same woman to keep this Mosaic law – but she produces no children for any of them. Who’s wife will she be in the afterlife these Sadducees want to know? The Sadducees were part of the ruling class, very much wanting to control this world but afraid of the next and intent on making a mockery of it.

This is the type of question that powerful people want to know the answer to – so they can keep all their controls in place to maintain their privilege.

They have no concern at all for the woman – she is just a chattel to be used to maintain family property rights by producing an heir.

These interrogators are very much focused on what happens to the dead as their patriarchal property system hinges on it. Jesus replies straight down the line that they have lost the plot – the very same Moses they misquote also made it clear that the Creator God is the God of the living, not the dead! The God of life is the one who guarantees the future of Israel by his faithfulness and promise.

In this moment Jesus and Mark confront the crude materialism of the powerful. Their concern about class succession is subverted with an amazing hope that casts a vision of a world of equality and community
that has no place for privilege or patriarchy. This is radical good news for the poor, for anyone battling at the margin like this unfortunate woman in their question.

It is also good news today that God is the God of the living – this kingdom Jesus came to announce and live is available here and now. Don’t wait to die to discover it – the world where men and women are equal is now, the world without patriarchy and privilege is now. Jesus is shaming those who cling to those old ways, calling them very much mistaken.

May we hear and trust Christ calling us to follow into his new way of being – which is actually the same old way the law and prophets had been calling before.

Cheers and God give you courage