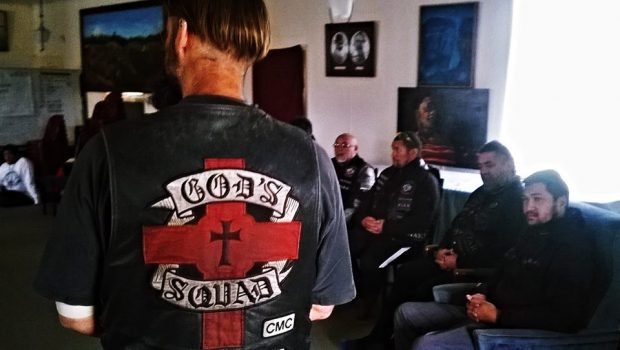 Nga mihi mahana e hoa ma…..warm greetings friends, today’s gospel text is Luke 14:25-33. Today is also the day in Te Hahi Mihinare (The Missionary Church NZ) where we remember Te Whiti Orongomai. He is in the left side photo to my right, with his Unle Tohu beside him and some of their whanau seated below them.

Te Whiti, along with his Uncle Tohu Kakahi were prophets during the mid to late 1800’s living in a village called Parihaka on the western slopes of Taranaki Maunga. Yesterday was the 138th anniversary of the invasion of this village by Government soldiers and local European settlers. After the initial invasion, (which the host village welcomed in a traditional way with songs, dancing and food led by children) the invaders carried on for weeks destroying buildings, digging up crops and killing animals. As well as raping women and taking the men away as prisoners, many who died far away in the South Island. Today would have been an awful day to be at Parihaka in 1881……

We remember Te Whiti as he was the spokesperson for this village. His korero (speaking) was always about trying to seek peace with all people. He refused to respond with violence when it was brought upon his people. For fifteen years before the invasion, the new settlers and government had been forcing the local Maori off their land, building roads where gardens had been. Instead of fighting back with violence, which could cause people to be hurt or die, Te Whiti creatively encouraged the people to go out at night time to pull up the survey pegs, rebuild the fences around the gardens and plough their land. Te Whiti learnt about Jesus and his message of peace during this time and added gospel ideas to support his desire and korero for peace – hoping these ideas would resonate with the pakeha settlers. When the soldiers came ‘yesterday’ the welcome ceremony was seeking to undermine the violence they brought and build a bridge towards being able to live together peacefully.

Our gospel text today is a bit difficult, it speaks of turning away from our life, renouncing possessions and counting the cost of following Jesus. Jesus was/is calling us to join him on the road to his kingdom; away from the lust, power and violence that so often marks our world. There is a real tension if we choose to start living the Jesus way, so many other voices, other ‘powers’, other influences seek to draw us into line to support the status quo and the hegemony of whoever is running the show. To question the standard invasion of people’s lands to acquire their resources so we can live a ‘higher standard of life’ that we are entitled to, is to put yourself in danger. To ask ‘why do the poor have no bread, or no home’ etc is to poke the bear and risk getting bitten or kicked back. To love the poor, to be a friend of those outcast at the margins is to put yourself at risk and also will mess with your head…these questions of how to love our neighbour tear at our hearts and challenge our way of life at every level. This is the cost of discipleship – and I don’t like it much!

To live in this way, to do these things requires a strong sense of call. Te Whiti is someone, along with Tohu his uncle, who had a vision of how life could be different for everyone. There was a huge cost to be paid, many times arrested, imprisoned multiple times, carted around the countryside away from his homeland, ridiculed and humiliated To follow in the ways of Jesus, the ways of peace in a world run by violence with no care for people is to put ourselves in this same place.

Recently I have seen a few comments about the need to preach the gospel fearlessly, to save the lost from going to an eternity in hell. Te Whiti had a vision of leading his people to that spiritual afterlife, but it was also rooted very much in the real world as his people needed to live and eat in the here and now. The Kingdom that Jesus is calling us to join in bringing about is happening here and now; and will continue forever. It is a kingdom where the bad news is over, the good news of freedom from everything that holds us back is available now, The call, the way to this kingdom is to be able to give up all those things that de-humanise and ruin us – then to pick up the ways of peace, forgiveness, love and walk with Jesus, to be inspired by the likes of Te Whiti and keep on walking in this way despite the hassles that will come our way. For come they will………

To conclude, Te Whiti did not do his work alone, he had his Uncle feeding him in the background and a whole village walking with them. Jesus calls us to join together in this work, to join with those who have picked up the cross and are looking for this new way to become real. Let’s speak encouragement to each other, let’s travel together, give up our selfishness and allow God to work out this way of peace in our midst.