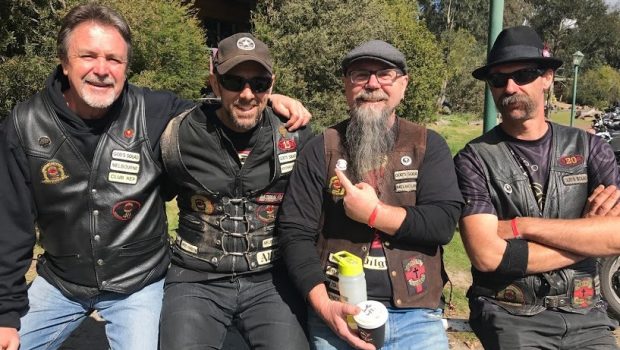 Luke’s gospel has been special in the history of God’s Squad. So many of the great themes in Luke’s account of the life of Jesus have been important values in our club. Jesus and his life on the road as an itinerant preacher of the kingdom of God. Jesus as maker of disciples ‘on the road’ in the cut and thrust of life. Jesus’ love of the poor, the vulnerable and marginalized are prominent in Luke. Jesus’ ministry to women is also emphasised. One-off parables of God’s amazing grace and compassion such as the Good Samaritan and the prodigal Son are unique to Luke.

The invitation to enter the door of the kingdom of God is thrown open to all by Jesus. But will people take up the offer? The warning in this passage however, is that while the door remains open in this current season of grace, it won’t remain open forever. A day will come when it is closed forever.

While on the road teaching through the towns and villages heading towards his final destination of Jerusalem, Jesus is asked one of the ultimate questions, ​concerning final salvation, ‘Lord, are only a few people going to be
saved?’(V.23)

We note that Jesus does not answer the question directly in terms of numbers of souls for instance. (VV.24-25) What Jesus does give is a stern warning to the questioner and those listening, including his own disciples. (And by implication us as contemporary readers of the gospel). He said to them, 24 “Make every effort to enter through the narrow door, because many, I tell you, will try to enter and will not be able to. 25 Once the owner of the house gets up and closes the door, you will stand outside knocking and pleading, ‘Sir, open the door for us.’ “But he will answer, ‘I don’t know you or where you come from.’

Jesus is holding open the door of the kingdom, urging people to enter it. The door isn’t very wide and it will take a choice of the heart, mind and will to enter in. In the context of Jesus original teaching, he is reaching out to Israel to give them this last chance as their final messenger and prophet. If Jesus is refused and rejected, no other offer is on the table.

Those who procrastinate, ignore Jesus or who are pre-occupied with other matters, who at some point listened and engaged with Jesus will say, 26 ‘We ate and drank with you, and you taught in our streets.’27 “But he will reply, ‘I don’t know you or where you come from. Away from me, all you evildoers!’

The opportunity was sadly not taken and entry is refused, with tears of regret and grief as the city of Jerusalem is burnt to the ground by the invading Roman armies in Ad.70. 28 “There will be weeping there, and gnashing of teeth, when you see Abraham, Isaac and Jacob and all the prophets in the kingdom of God, but you yourselves thrown out. The Lord’s great patriarchs and prophets have entered, but so many of their fellow Jews fail to make it. Paradoxically, those whom the Jews of the day fought and despised, the gentiles might make it instead!

The workings of God’s amazing grace means that so often, the least and the unlikely make it into the kingdom of God, Gentles indeed from across the then known world, even to us today.

The Anglican Bishop and theologian, Tom Wright cautions us not to take this passage out of its setting and apply it the larger question of eternal salvation. Jesus’ urgent warning to his contemporaries occurred in the setting of the imminent dangers facing that generation.

But Wright also says that Jesus warnings are not irrelevant to that question either. Then, as is today, one can stroll on by, willfully ignore or procrastinate and miss the opportunity to enter into the kingdom of God.